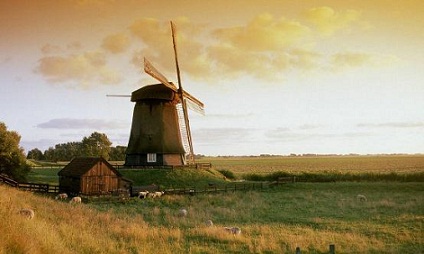 Ecommerce in The Netherlands

Ecommerce in The Netherlands

The Netherlands is a small country, but it always tries to play a significant role, whether it be economically, political or in sports. The Netherlands participated in the introduction of the euro and was also a founding member of NATO and what’s now called the European Union. It’s also famous for its highly open economy which is leaning strongly towards international trade.

Ecommerce customers in the Netherlands
Based on data from 2011, The Netherlands has 15.4 million internet users, which represents 92% of the total population. The Dutch like to pay with iDeal, an online payment method developed by the Dutch banking community. Other preferred payment methods are PayPal, MasterCard and VISA. Popular post-payment methods are AfterPay, acceptgiro (giro transfer) and Klarna.
The most popular product categories in Dutch ecommerce are travel & tickets (38.96%), followed by telecommunication (12.82%), consumer electronica (7.84%), computer hardware and software (7.57%), clothing and shoes (7.48%) and media (6.36%).

More than 11 million Dutch have at least once bought something online. This is 92% of all active internet users in that country. In 2013 about 10.3 million Dutch people ordered something online, according to CBS. In total there were 46 million online orders placed, a growth of 10% compared to the same period one year ago.

Big online stores in the Netherlands
The biggest online stores in the Netherlands are Wehkamp.nl, Bol.com, Zalando, Coolblue, H&M, Hema and Thuisbezorgd.nl. If you look at this list, it’s directly noticeable that almost all of these are local players, with exceptions for Zalando (Germany) and H&M. Amazon and eBay for example aren’t that big in the Netherlands, mostly because consumers are very hooked on Wehkamp.nl and Bol.com, two players that are online for more than 15 years. But also because the Dutch really like to pay online with iDeal, and that’s something those international players don’t offer.(From: Ecommerce News)

Pay after delivery: the present situation in the NetherlandsDecember 23, 2014 Ecommerce in Romania grew to 1.1 billion euros in 2014February 11, 2015 Southern European ecommerce to grow to €47.8bnOctober 17, 2014 In-a-day Delivery Very Popular In The NetherlandsSeptember 24, 2014