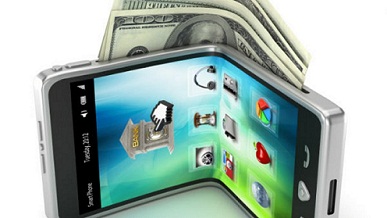 Mobile payments set to boom by 2019

Mobile payments set to boom by 2019

The next five years will be the tipping point bringing mobile payments to the mainstream according to a report from the research firm Forrester.

The study, released on Monday, expects mobile payments in the US alone to reach $142 billion in volume in 2019.

Forrester claims that the market has matured over the last five years, as we become all the more reliant on our mobile devices.

“It’s not just that we have smartphones. It’s that we’re increasingly dependent or rely on or expect them to deliver more,” Denée Carrington, a Forrester analyst, told the New York Times.

Ms. Carrington went on to credit Apple Pay with the expected acceleration of mobile payments at the point-of-sale. She expects that market in particular will reach $34 billion in volume in the United States by 2019. That is a near tenfold increase from Forrester’s current estimates for 2014.

But mobile payments potential goes further than the cash register. The research predicts that m-commerce will see the largest area of growth over the next five years. Mobile payments already make up around half of e-commerce purchases, but the firm expects they will reach $91 billion in volume in the United States by 2019.

Ms. Carrington also sees notable activity in peer-to-peer payments. Services like Venmo, Square Cash, and even Snapchat, are fighting for a stake in a burgeoning market expected to grow to $17 billion in volume in the United States by 2019, from $5.2 billion this year.(From: Paymenteye)