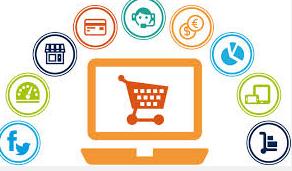 AO has big plans for expansion into Europe

AO has big plans for expansion into Europe

AO, the British online retailer of domestic appliances, has launched its German website, but that’s not the only expansion it has planned. AO World is also looking at starting businesses in the Netherlands and Belgium. Austria, Switzerland and France are also potential targets for the retailer that reported some strong growth in revenue for the first half of the year.

AO World posted a 25% increase in revenue for the six months to end-September to 274.3 million euros, up from 219.2 million euros last year, as Alliance News reported. It led to a gross profit of €51.7 million (up from €42 million last year). The overall number of completed orders (including those on third party retail sites) rose 30% year-on-year, while in the United Kingdom sales on AO.com were up almost 39% on the prior year.

AO’s pretax profit, however, dropped hugely to 984,348 euros, down from 2.65 million euros last year. This is due to higher finance costs and administrative expenses, mostly connected to the set-up costs for its new German ecommerce business.

Market-leading proposition in other countries
“While this accelerated investment has brought forward our associated set-up costs for the period, our focus is on the long-term as we proceed with our strategy to deliver a market-leading proposition in new categories and countries”, said CEO and founder John Roberts in a statement. “Although Germany has only been operating a number of weeks, we are delighted with the way our culture has transferred, with the way it’s operating and with the way sales are building.” According to Robert his retail group needs around a 2% market share to make its German business profitable, and believes it can achieve break-even in Germany with sales of around 151.6 million euros.

AO now hopes to replicate its successful business model outside of the UK. Management have said that whilst it will concentrate on getting a German business up and running first, Austria, Switzerland and France also have been earmarked as possible targets, Alliance News stated.（From: Ecommerce News)