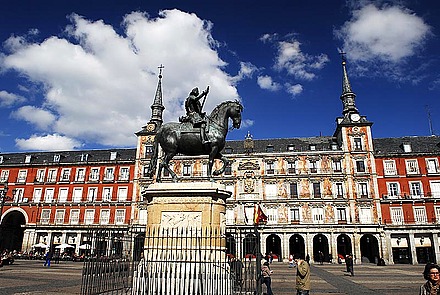 The data and prediction are coming from The National Markets and Competition Commission (CNMC), which collected data from electronic payments and cards (4B, Servired, Euro6000), but excluded, for example, data from PayPal accounts. It must be pointed out that the aforementioned revenue also consists of sales coming from travel agencies and tour operators, which account for 15% of the ecommerce revenue in Spain. The report (pdf) also shows that 59 million transactions were made during the first three months of 2014 amounted, which represents an annual increase of 35%. And while ecommerce is growing significantly in Spain, it’s still not that big when compared to the nation’s Gross Domestic Product. But it grew however: from a market share of 0.8% in 2010 to 1.3% this year.

Double-digits growth in Spanish ecommerce
Q1 is the fourth quarter in a row the ecommerce industry in Spain has grown at rates of over 20% and the 19th quarter that showed double-digits growth (so at least 10%). The size of the Spanish ecommerce sector has almost tripled since 2009, by growing 190%. When we look at the growth during the last decade, it even grow by more than 600%, going from 500 million per quarter to over 3.5 billion in the first quarter of this year.

Cross-border ecommerce in Spain
During the first quarter of 2014, ecommerce transactions within Spain accounted for 40.4% of the total turnover, while transactions from abroad to Spain and from Spain to abroad represented respectively 16.9% and 42.7% of the total online business’ volume. When we look at the growth compared to the same period in 2013, transactions within Spain and from Spain to abroad grew by 27% and 25.3% respectively, while the turnover from transactions happening abroad with Spain showed a growth rate of 30.3%. Eventually, the value of imported goods was 925 million euros more than the value of goods exported from Spain to other countries.

Clothing sector is growing hard
Spain is a country of clothing giants, with big names like Inditex, Mango, El Corte Ingles, Cortefiel and Adolfo Dominguez. But buying clothes, shoes and accessories has always shown a low activity online. But this has changed radically over the last couple of years as the clothing industry has grown three times faster than the whole ecommerce industry did. In the first quarter of this year, this sector reached a turnover worth 180 million euros, which corresponds to 5% of the total ecommerce turnover. As foreign competitors like Amazon, Zalando, Vente-Privée and Showroomprive has entered the market, the old industry had to work hard to not to lose sales.(From: Ecommerce News)