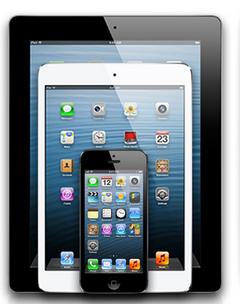 32% of UK online sales made via mobile devices

32% of UK online sales made via mobile devices

One in three of all sales that are made online in the United Kingdom take place on either a smartphone or a tablet. Visits to online stores via these mobile devices currently account for almost half of traffic. Especially in the apparel sector, mobile commerce shows strong numbers.

IMRG and Capgemini released their latest benchmarking study, which is about the fourth quarter of last year. In the period November 2013 to January 2014, m-commerce accounted for 32% of all online sales. In the previous quarter this percentage was still 27%. Looking more closely at this 32%, it shows that 6% of online sales were via smartphones, while tablets were used for 26% of all online sales during this period. In other words, one in four online sales took place via an tablet device.

More visits to ecommerce sites via mobile devices
Of course it’s important for online stores to look at these numbers. When a lot of people are purchasing things online via their smartphone or tablet, it’s necessary to have an online store that’s optimized for these kinds of devices. Visiting the site should be without any problems, while completing the purchase should happen very smoothly. But while it’s the most interesting to look at purchase rates, it can also be quite handy to look at just website visits.

As far as the latter is concerned, visits to ecommerce sites via mobile devices increased in the last quarter of 2013 and now accounts for 45% of all traffic. If you should have another reason to optimize your website for mobile visitors, let this percentage be the one. Especially, when you run an online clothing or fashion store. Retailers in this industry have a higher m-commerce penetration rate, with 36% of sales completed via mobile devices.

Lowest bounce rate in two years
The study also shows that the record high percentage of click and collect sales (19%) from Q3 didn’t follow up, as only 16% of online purchases got picked up in Q4. The average bounce rate also fell between these quarters, but that’s a positive thing, right! In the last quarter of 2013, this rate reached 25%, which is the lowest average recorded in two years. The percentage of orders returned remained unchanged from the previous quarter at 17% during the last quarter of this year.

Mobile optimization and user experience important for m-commerce
“With an estimated 12 million tablet devices sold in the UK alone last year, and 70% of UK consumers now owning a smartphone, it is not surprising that the penetration of mobile commerce has reached a third of the UK online retail market”, says Tina Spooner, Chief Information Officer at IMRG. “In fact, the latest results reveal the penetration of m-retail has surged 2,000% in just three years.”

What could have led to this growth in mobile adaption, is the fact consumers have gained more confidence in browsing and purchasing on their mobile devices, while mobile optimization and the user experiences have shown some serious improvements over the last couple of years. “We expect this trend to continue throughout 2014, with visits set to surpass desktop usage over the coming months”.

According to Chris Webster from Capgemini, there are still some challenges that remain. “As our shopping behaviors shift from a traditional e-commerce model to m-commerce, retailers will need to overcome the consistently high basket abandonment rates, as well as the significant number of items that are returned. So while enormous strides have been made, opportunities to materially improve performance remain.”（From：Ecommerce News）