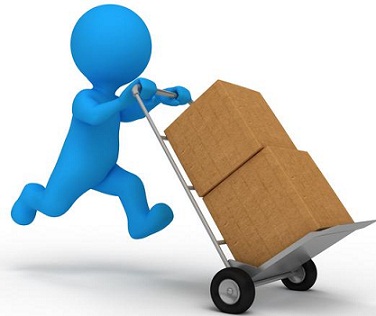 Osell, the B2B subsidiary of major Chinese cross-border sales platform DinoDirect.com, has acquired TDPRO at the end of last year. TDPRO is a Russian company that provides logistics, warehousing and supply chain management services. With the acquisition, Osell is going to build the first Chinese products experience center in Moscow.

In May 2013, Chinese online retailer DinoDirect launched Osell, which targets Russian e-merchants of all sizes. The acquisition will integrate the Chinese supply chain with overseas logistics and retail resources. According to Kevin Fenn, the CEO of Osell, this acquisition will “greatly promote the development of Sino-Russia trade”.

Osell will start from Moscow and build local experience centers, warehouses and after-sale service centers. These centers will be located in so-called “One Belt and One Road” cities, which refers to a network of overland corridors that China is developing and that will connect China with Europe, Southeast Asia and Africa through Central and Western Asia. The ultimate goal is to connect every segment of cross-border ecommerce, so China can boost its trade with e.g. European consumers.

By building local experience centers throughout Russia, the Chinese industry will be connected to global retailers and eliminate the multi-level middleman, as the official press release states. The first Chinese products experience center has been created in Moscow, but probably will open in March or April this year. This center may “effectively remove the restriction of category, price, and logistics on Chinese exporting products, and promote the upgrade of the Chinese manufacturing industry”, the company says.

Delivery from China to Russia is faster now
In a previous post on its website, Osell said: “Not so long ago, delivery of goods from China to Russia took more than two months. Such a long wait for the order can completely discourage customers hunting to make purchases in online stores. With the opening of a local warehouse on the territory of Russia and the creation of in-house logistics system delivery time reduced to 3-5 days.”

Osell was founded in 2009 by Kevin Fenn. It has over 1,000 employees and 3 mainland warehouses in Shenzhen, Guangzhou and Shanghai. It also owns two warehouses in Russia and Ukraine. Offices are set up all over the world, including Moscow, Jakarta, Montreal and Canberra. John Wu, former CTO of Alibaba Group, has been the company’s Angel Investor.（From：Ecommerce News)