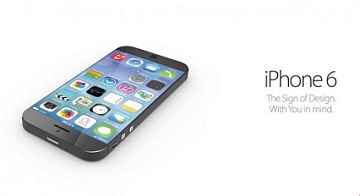 iphone6, on the Way

iphone6, on the Way
Every year Apple launches a new iPhone and every year it has turned its back on a near-field communication, or NFC, a feature that is supposed to transform our lifestyle. How could Apple even fall asleep at night when its rivals like Samsung and Google have included it in their high-end Android devices?
NFC is a technology that can be used in contactless payment systems, which allows users to process payment through mobile-phone. It has largely been promoted as the gateway to a fully digital wallet. However, it has failed to plow through because the lack of merchant support. People were not ready to pay that way back in 2011.
So is it for real that Apple would introduce its rumored payment system on the iPhone when it already has Bluetooth LE for its iBeacon, a technology that allows customers to access information and various services through their phones? Maybe if you trust the latest report from Wired, which claims the next version of the iPhone will come with a mobile payment platform based on NFC.
Be that as it may, hallelujah, iUsers. You’re surly going to get something seamless, simple, and intuitive. In case you haven’t heard, Cupertino’s grand vision for mobile payments comes September 9th, right after our Chinese traditional Mid-autumn Festival.

Apple Pay is charging banks a fee on each transaction?September 12, 2014 How not accepting Apple Pay could backfire for retailersNovember 3, 2014 Mobile payments set to boom by 2019November 20, 2014 Apple adds UnionPay to Chinese app store payments optionsNovember 18, 2014