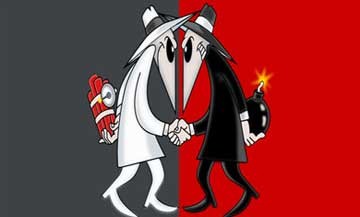 WeChat Payment VS Alipay Wallet: a war between agents! ——Centralized vs Vertical

WeChat Payment VS Alipay Wallet: a war between agents! —— Centralized vs Vertical

Isolation is a natural property of Mobile Internet, for one demand can be solved by one APP. Although it’s full of massive APPs and lack of a system, its efficiency overwhelmingly surpasses the shortcoming.

The ambition of WeChat is to shape itself into an almighty platform. Based on the high-frequency of social behavior, WeChat collects and analyzes mass information so as to embed variety of functions. That is to say, those core and important functions will be embedded into the menu of WeChat, and those distinctive and dispersive functions will be spread by public accounts, which will automatically link all users. Finally, this jigsaw puzzle is done.

However, the product framework of WeChat still focus on the information flow. Even with a high strategic significance of payment function, the actual performance is less than good, for it can be easily interrupted by messages. Besides a direct card deposit, a new function of WeChat named “small change” has just gone online. The name “small change” is enough to show the discretion of WeChat on payment product. Rather than something cool and revolutionary, it is just a “small change”!

Compared to WeChat Payment, Alipay wallet undertakes the responsibility to explore the industry market during the ups and downs of the Alibaba Group. If centralizing information is a method used to occupy massive business modules of WeChat Payment, then Alipay wallet is adopting a route of developing in depth and breadth to build itself into a refined and professional payment instrument.

On the other hand, Alipay is bringing an advancing project to users, such as payment made by mobile phone in certain fields, like taking a bus, registering at a hospital, etc., which are all offering users a brand new and comprehensive payment solution on certain industries. Therefore, compared to the orderly iteration pace of WeChat, Alipay keeps itself out of this affair rather than participate in the competition. Instead, Alipay focused on taking advantage of their own resource to replace traditional life style.

Make the story short, WeChat is good at drawing the attention of mass media, while not that satisfactory on the implementation of those concepts they had come up with. While Alipay Wallet, based on the Alibaba Group, is occupying the vertical market, whose actual achievement will likely be significant.