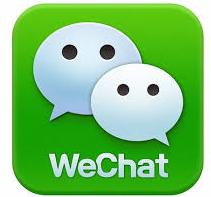 WeChat Payment VS Alipay Wallet: a war between agents!——Marketing Weapon vs Customer Management

WeChat Payment VS Alipay Wallet: a war between agents!——Marketing Weapon vs Customer Management

Since a connection between customer and merchant is a must before a payment is completed, both WeChat and Alipay are building a platform for payment. One is WeChat Public Platform, the other is Alipay Wallet Open Platform.

WeChat Public Platform is designed to distinguish users, say, media users and commercial users, dividing public account into subscription account and service account. However, according to the growth rate of the two types of accounts and merchants’ preferred account type, the division is not that proper. Though the subscription account is not available until two times of click on the main interface and its interface authority is less than that of the service account, the impact is much stronger than that of the service account. Furthermore, following the emerging of third party management system, many merchants are using subscription accounts to do marketing, and then guide users to back-end platform through customize menu. Users are seemingly keep a connection with merchants inside WeChat, in fact, they are already out of the close-loop system of WeChat Payment.

As a result, an amusing phenomenon appears, WeChat team repeatedly emphasizes that WeChat is not a marketing weapon, while a large number of public accounts are “defying the law” to show what is WeChat marketing. It is a natural property of WeChat that its development trend is decided by its users, not itself, which is also a tacit understanding between customers and merchants after their long-term contact. The marketing of most public accounts are settled in communication, unprompted-spread and share in “circle” of friends, all of these are to appeal users to subscribe their accounts, which will further being used in the information push plan. That is, still marketing.

A new product named Service Window of Alipay Wallet has just got online, whose design logic is very similar to that of WeChat. Users of Alipay are choosing merchants through a “following” function to complete lots of behaviors, for instance, bank billing query, scenic ticket purchasing, and parking lot payment, etc. The social and media functions of Alipay Wallet had been locked, for Alipay is not good at those fields and also for a differentiation purpose. Thus, what it needs to do is to bring a scene of immersion to users. Customers with precise demands are already being classified into different service windows so that merchants need not to collect articles or stare at the growth of subscription quantity. What merchants should do is setting the content of menu completely and making quick response to users when required.

In addition, Alipay Wallet is deliberately stressing the quality of users. Because all the open platforms are nothing but allowing third parties to access their users after being authorized. The user resources of Alipay Wallet is a large number of real-name users with consumption records, whose quantity is 300 million, and its commercial value is accumulated by Alibaba during the past ten years, which is the core property that Alibaba is willing to share with its friend, Alipay.
Therefore, here is another different advantage between WeChat payment and Alipay Wallet.

What WeChat has expanded is an imagination space for marketing. The feature of WeChat is that it’s a brand new style and is unpredictable. What Alipay Wallet has improved is its customer analysis pattern, which builds a payment-oriented functional entry, and aimed at eliminating cash.