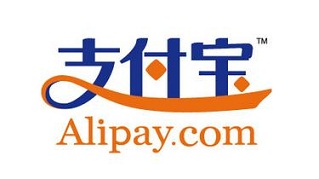 WeChat Payment VS Alipay Wallet: a war between agents! ——Tencent-Speed vs Ali-Strength

WeChat Payment VS Alipay Wallet: a war between agents!–Tencent-Speed vs Ali-Strength

The “war” between Tencent and Ali is still on the go. In fact, they are scrambling for predicted spheres of influence during the transformation of traditional industry. The relationship between Yintai and Ali, Wanda and Tencent is seemingly equal (Yintai and Wanda are two giant traditional enterprises). Actually, without the partnership with internet enterprises, tradition enterprises are incompetent when it comes to the distribution of web traffic, import of user data and brand alliance. In contrast, along with the trend of market evolution and capital transfer, internet enterprises are absolutely able to cope with the situation without traditional enterprises.

Therefore, Ali and Tencent respectively cooperates with Yintai and Wanda, which is merely icing on the cake. By contrast, if the two traditional enterprises are unwilling to share interest with internet giants, they can still survive, but as for their direction of industry, we can say, only the wearer knows where the shoes pain.

Meanwhile, Ali and Tencent have some similarities as well as some differences in the strategy of how to take advantage of mobile payment.

Tencent is “running” to occupy market as fast as possible. Along its track are the perfection of users’ identity on one side and the expansion of merchant quantity on the other. WeChat payment keeps running without a minute’s stay even when cooperates with business giant like Wanda, once the cooperation is established, WeChat will instantly running forward without sloppy.

Opinion has it that WeChat is imitating Alipay on the strategy of handling small and medium-sized e-commerce sites, which is to build a unified user perception on the front-end no matter how complex the back-end is. But the problem is that, Tencent, like making a sausage, puts all the contents into one APP instead of making use of TenPay, though its user perception is indeed unified but the original function becames complicated and vague. Even inside Tencent itself, hundreds of projects are waiting in line to get access to WeChat. As a result, the faster Tencent is running, the harder for users to digest and accept the new functions, whereas its payment function has shrunk because a lack of creation on industry convergence, though its function of scanning QR code had been widely accepted.

Ali is “stubborn”. It strives to improve the business structure of cooperated company and make Alipay a necessity in their structure. For instance, last year, Yintai participated in the “Nov 11th”sales activity of Tmall, and even accept Alipay as a part of its operation. Ali pays high attention to the infrastructure of Ali Wallet, that is, once a merchant is accessed, it will being improved. Alipay Wallet helps merchant to promote gift card, analyze users’consumption capacity, which will gradually turn traditional merchant into “future merchant”.

While on the same day, Aug 28, Tencent announced an industry solution named “WeChat Easy Life”, and Ali opened its “Alipay Wallet Open Platform”. The pace of the two giants has again coincided with each other after a long-term competition.