Blog
Oceanpayment / BLOG / What is RCEP? All You Need to Know!
Dec 10 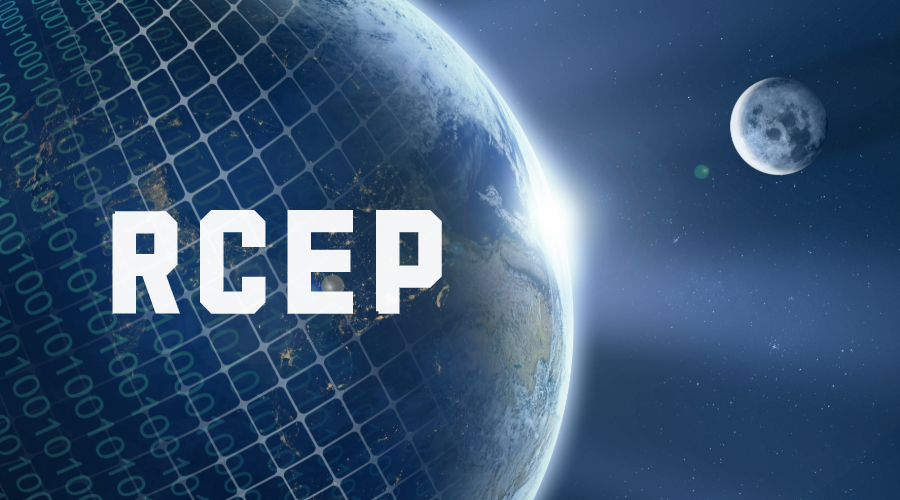 What is RCEP? All You Need to Know!

RCEP stands for Regional Comprehensive Economic Partnership, and it’s a free trade agreement for nations from the Asia Pacific. It’s a 15-member partnership that constitutes more than two billion people across the globe.

Given that the RCEP is a platform for such a wide population, it understandably controls about 30% of the global GDP. Therefore, it’s easily the largest agreement bloc for trade in history.

Interestingly, RCEP is the first-ever free trade agreement between China, Japan, and South Korea. Given that these are among the largest Asian economies, the RCEP promises to boost trade and economy in these regions.

What are the Aims of RCEP?

As the RCEP implementation starts in the region, it will become the biggest ever free trade zone in the world, even bigger than the European Union and US-Mexico-Canada Agreement. Initially, India also joined the negotiations but later pulled out due to the lower tariffs citing disadvantages to the local producers.

As RCEP is implemented, it will cut down the tariff ranges on imports in the next 20 years. Moreover, the RCEP promises provisions for intellectual property, financial services, telecom, ecommerce, and other professional services.

More importantly, the rules of origin will help define the origin of products and where they are likely to have the biggest impact. According to the representatives from the Asian Trade Centre, the current free trade agreements are far more complex than the RCEP.

Therefore, it paves the way for smoother and more effective implementation of the trade agreement, especially in the ASEAN (The Association of Southeast Asian Nations) and Pacific region.

As a free trade agreement, the RCEP trade deal has a lot to offer to the member countries. It promises to be a game-changer in the Asia Pacific region, promoting trade and development on a large scale.

Among many benefits for all the game players, the RCEP will help international businesses and payment processing companies as exports promise to grow exponentially over the next few years.

As per the reports from the United Nations Conference on Trade and Development, RCEP promises a 10% growth in the members’ exports by 2025, providing easier options for cross-border trade, smoother payment processing, internet finance firms, and many others.

One of the major advantages of the RCEP is the reduced cost of commodities, especially the ones produced locally in the RCEP member countries. The agreement promises to reduce tariffs eventually down to zero on more than 90% of goods trade.

Ultimately, it will reduce the cross-border transaction cost and will also bring in local payment processing companies.

With an effective RCEP agreement, custom operations should become remarkably smoother, thanks to the high-efficiency management tools like pre-arrivals processing and advance ruling. As a result, the customs clearance will be a breeze for the RCEP members.

In addition to that, the enhanced custom clearance efficiency also means quicker processing and transactions, speeding up the trade process in the region. Understandably, it will bring a financial boost to the region. Simply put, the high-efficiency measures from the RCEP trade agreement will promote:

Like most global trade agreements, the RCEP will reduce the compliance risk in trading. The agreement proposes uniform trade rules which means that the member countries will always be compliant with these measures.

As a result, the risk of non-compliance reduces, and sellers will be more comfortable in adhering to the trade standards. While uniform trade rules bring in many advantages, a couple of highlights of this uniformity include:

Fastlane the Digitalization of Cross-Border E-Commerce

As trade continues to adapt to the latest technological trends, the RCEP takes due account of the need for an effective digitalized standard for cross-border e-commerce. As a result, the modern standards for RCEP call for digital transactions and electronic certifications.

So, it effectively means a larger scope for digital payment processors like Apple Pay, Google Pay, WechatPay, Alipay, and many others.

Layout of a Comprehensive Infrastructure

The acceleration in e-commerce services promotes the establishment of e-commerce platforms for cross-border trade. Therefore, supporting services like warehouses for efficient logistics, transportation facilities, and others will improve dramatically in the RCEP member countries.

It also means more need for labor and support staff, enhancing the job sector in these countries. Moreover, it will bring in more infrastructure development for workers and thereby support the construction businesses and their spinoffs.

How is the E-Commerce Market Developing in the RCEP Countries?

As the RCEP implementations take hold in the member countries, it is also critical to understand the progress of e-commerce development in the region. Here are some highlights to elaborate on the current ecommerce situation in the region.

Challenges that Cross-Border Companies will Face

As all countries around the world see growth in e-commerce platforms, there are various challenges for the RCEP members too. Here is a quick summary:

As countries like China and Japan are major players in the region, the other countries can find it hard to match the level of economic development in these regions. This creates discrepancies in the trade.

Cultural diversity is supposed to be good for any region because it exposes new products to different consumers. However, it also poses a challenge to the acceptance of new products on a wider scale.

Some countries have advanced further and taken giant strides in the e-commerce sector. So, it creates a mismatch between the services and digital advancements, creating a challenge for the processors to comply with the standards.

With RCEP being a one-of-a-kind trade agreement involving the developed as well as emerging economies of the Asia-Pacific region, the region is poised for unprecedented growth. The main sectors to benefit also include payment solutions for cross-border payments.

Oceanpayment already has the gears in motion, researching the marketing, as well as setting operations in Singapore and Australia. Thanks to the strategic relations with some of the biggest financial institutes around the world like Visa, MasterCard, UnionPay, We Chat Pay, Ali Pay, and Apple Pay, Oceanpayment is all set to bring in more partnerships into the fold.

With Singapore UnionPay NETS, Oceanpayment will have access to 95% of consumers in the ASEAN market. As a multi-purpose payment platform, it readily embraces the opportunities created by RCEP.