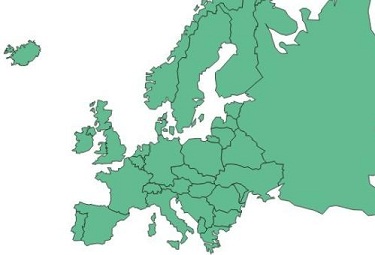 When it comes to delivery, the Netherlands seem like a misfit in Europe. A good misfit though, because Dutch customers can get their orders much faster delivered than their European counterparts. More than 80% of the Dutch online stores can ship items within a day.

In terms of delivery speed and last order time, the Netherlands are a totally different logistics player when compared to other European countries. This is apparent from the latest Global Webshop Logistics study, conducted by E-sharp and the VU University Amsterdam. For this study they looked at the performance of 750 online stores – multi-channel as well as web-only – in the Netherlands, Belgium, Germany, France, the United Kingdom, the United States of America and Australia.
In the Netherlands more than 80% of the online stores surveyed ship items within 24 hours, while in Germany this percentage is slightly more than 30% and in France only one in ten online stores offer such an option. In the UK the percentage is even lower. In big ecommerce markets like France, Germany and the UK it’s totally normal to ship items in 2 to 3 days.

Order cutoff times in Europe
For an item to be processed and shipped the same day, there has to be an order cutoff time. Everything that has been ordered after such time, will be processed and shipped the next business day. In the Netherlands, again there are a lot of possibilities. When a customer orders after 9 PM, the order will still be processed and shipped in about 33% of the online stores surveyed. While in France for example, this is almost impossible; in this Western European country it’s more common to order before 2 PM. This also applies to Germany. But in the UK there’s a slow transition to cutoff times “between 6:30 PM and 9 PM” and “after 9 PM”, so British customers can order more and more in the evening and still get their goods delivered the next day.