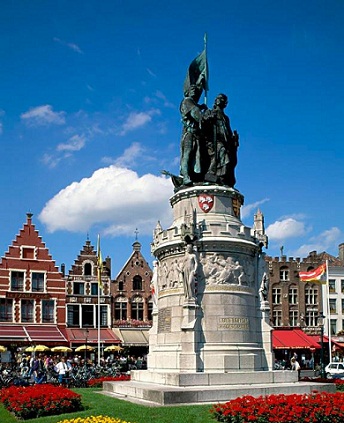 Ecommerce offers many opportunities on the European market and it’s important that Belgium manages to keep a “piece of that pie” for itselves. That’s one of the things Minister Alexander de Croo told the audience during the first edition of E-commerce Xpo. The government wants to create the best possible climate for ecommerce companies.

As the Belgian newspaper Nieuwsblad states, it was only a week ago that it was said that Flanders have missed the boat when it comes to ecommerce. For example, there are no Belgian companies in the top list of European ecommerce players. “And none of those foreign ecommerce giants is logistically present in our country”, De Croo added. “We need to reduce that gap.”

More ecommerce in Belgium
“As a matter of fact, there are many, many opportunities to do so”, he told the audience during E-commerce Xpo, a new Belgian ecommerce event. “Figures show that the digital economy is growing seven times faster than the ‘classic’ economy. And for every two jobs that disappear, five new jobs are created in this sector. We need to keep a piece of that pie in Belgium. Ecommerce is a movement that changes the DNA of all industries.”

The minister now wants to create a climate as favorable as possible, as well as engage with the ecommerce industry every three months so it knows how and where the government can help.

Unizo, that organized the ecommerce event, showed some numbers that indicate there are indeed lots of opportunities. “Today, only three in ten entrepreneurs is active in the ecommerce industry. But the ecommerce is here to stay and as a retailer you must dare to see the opportunities.” According to Unizo’s CEO Karel Van Eetvelt high costs and a lack of time and knowledge are the main barriers to succeed in ecommerce.（From：Ecommerce News)