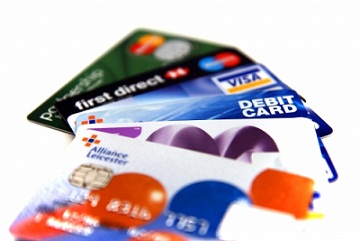 MasterCard plans to launch a debit-card service in Canada next year to take advantage of the growth in digital payments.This renewed effort – the company scrapped an initial plan to enter Canada in 2010 – reflects MasterCard’s attempt to grow its business outside of the US, where Visa still leads. The move could inject additional competition into Canada’s payment industry, which is already seeing change as shoppers become more comfortable paying on their smartphones.

MasterCard’s decision comes as the Canadian government is increasing its scrutiny of the payments industry and is poised to introduce new rules for mobile payments. Merchants are also continuing to complain about the cost of processing transactions, one reason for the backlash against MasterCard and Visa’s plans to enter the country’s debit market in 2010.

Canada introduced new industry regulations in 2010 that made it harder for US companies to gain a foothold, causing MasterCard to cancel its previous debit plans and Visa to confine its Canadian debit service to specific offerings.
Visa and MasterCard reached a deal this autumn to lower credit-card swipe fees, but neglected to make any changes to debit fees.

The Wall Street Journal reported that a number of Canadian financial institutions are working on launching MasterCard debit, with another WSJ source hinting that one of the first issuers will be Bank of Montreal, Canada’s fourth largest bank in terms of assets. MasterCard is also pitching its debit service to credit unions, the report added.

Debit is the second-most popular way to pay in Canada, making up 24% of retail payments. But Canadians still face limitations when making debit payments online, which is why MasterCard is targeting this niche. The company is also using its world reach to focus on international in-store purchases made by Canadians when they travel abroad.

The largest Canadian challenger to MasterCard and Visa is the Interac Association, a not-for-profit entity operating a national debit network. The company dominates the in-store debit market, which, MasterCard says, it has no current plans to target.

Visa Debit, on the other hand, is used for online shopping, overseas in-store purchases in addition to mail and telephone. In order to compete with either company, MasterCard will have to offer a competitive fee structure.
“We welcome competition,” said Mark O’Connell, Interac’s chief executive, who said Interac will ensure its processing fees remain among the lowest in the world (around 6 Canadian cents per transaction) because merchants fear the Americanization of Canada’s debit market, WSJ reported.

Canadian companies and regulators fear that MasterCard might offer low fees to begin with, and then gradually raise them once it had established itself in the country. Small business lobby groups would express concerns if issuing banks dropped Interac entirely to solely support MasterCard or Visa.（From： Paymenteye)