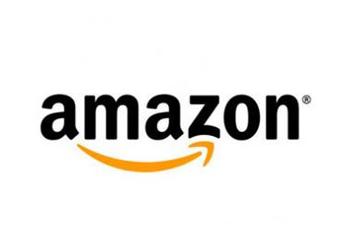 Amazon wants to launch in the Netherlands as soon as possible

Amazon wants to launch in the Netherlands as soon as possible

Amazon is getting very serious about entering the Dutch market with its online store. More and more publishers state the American ecommerce giant has contacted them to negotiate about selling e-books. But it won’t be easy for Jeff Bezos’s brainchild as Dutch publishers aren’t so eager to join forces with Amazon.

Amazon is in a hurry to launch its online store in the Netherlands. That’s what some Dutch publishers think after Amazon made them an offer about selling their e-books on its soon-to-launch Dutch website, NCR Q writes. When Amazon wants to launch exactly is still unknown, but according to Martin Voight, commercial director of book publishing company Nieuw Amsterdam, Amazon wants to be online at the end of this month.

Dutch publishers not in a hurry to close deals with Amazon
“But it’s gonna be a real challenge for them. We already have Bol.com (the biggest online store in the Netherlands, thanks to the many books it sells, red.)”, says Voigt. “When they started we were in a hurry because they became the first big online book store. But now Amazon will be yet one more who’s selling books online in the Dutch market. But still, they are very powerful, so we have to be very alert.”

According to Voigt, Amazon called three or four times in the last couple of weeks to ask if they have any other questions. “But for us, Amazon’s terms are unacceptable. And we don’t have the urge to hurry this.” He also says Amazon wants to force a very high purchase discount. He won’t say the exact percentage of the retail price, but he does say that Amazon ignores the fact the Dutch authorities charge 21 percent VAT on e-books, as opposed to 6 percent VAT on paper books.

Amazon wants to get the highest purchase discount
And Amazon definitely wants to get the highest purchase discount. So whenever a publisher has a very sharp deal with, let’s say, Bol.com, the publisher would be required to close the same deal with Amazon. And the American company wants to be free in deciding how they are going to sell e-books, which could mean Amazon will introduce an e-book subscription service, so publishers have even less to say about how their products are going to be sold.

In the Netherlands there’s a law on fixed book prices, meaning retailers can’t sell books under a certain price. This law however does not apply to e-books. So the Dutch market could be very interesting for Amazon, famous for selling products for very sharp prices so the competition gets knocked out of the market in no time. Michael van Everdingen, director at the Koninklijke Boekverkopersbond, thinks Amazon won’t care much about the revenue they will get from selling books here, but it’s all about getting customers to their website.