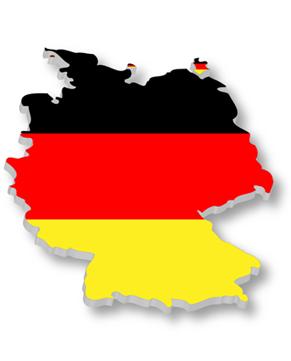 Germany is Europe’s largest economy and after Russia it’s also Europe’s most populous country. After World War II Germany was divided into two different states: West Germany (officially called the Federal Republic of Germany) and East Germany (the German Democratic Republic). The western part sought established links with other Western European countries, while the communist GDR was more connected with countries like the Soviet Union, Hungary and Poland. As of July 2013 it’s estimated 81.1 million people live in Germany, of which 42% is between 25 and 54 years old.

Ecommerce customers in Germany
Online shoppers in Germany are keen on using invoice, as it is their preferred online payment method. According to a 2013 survey almost six in ten online customers in Germany pay afterwards whenever they ordered something online. But it’s not only invoice that’s popular, 34% of the German customers use credit cards (MasterCard, VISA or American Express). Other often used online payment methods are PayPal, ELV, GiroPay, Sofort Überweisung , RatePay and cash on delivery.
Online fashion is the most popular product category in Germany, followed by consumer media and electronics. Especially in the categories ‘consumer electronics & computers’ and ‘media’ (books, music, movies, video games) German consumers are more keen on shopping online instead of shopping offline. According to a study from BITKOM, 65% of German citizens have shopped online during 2012, up from 53 percent in 2008. The current European average is 45 percent. In Germany, 85% of the people have access to the internet. Germany is known for its high return percentage. Some reports claim that 50% of all orders gets sent back.

The ecommerce market in Germany
According to data from Ecommerce Europe the online retail market in Germany is up for almost 50 billion euros. And wwd.com thinks it’s expected to grow 12 percent yearly through 2017, faster than any other Western European country. Revenue from German ecommerce has grown with 44% in 2013 and ecommerce now account for 83% of all revenues made online. It’s expected ecommerce revenue will account for 53% of the total gross domestic product in Germany by 2017. The estimated share of online retail in Germany in total retail is 6,6% at the moment.

And according to a study from Deutsche Card Services, the east-west difference in German online retailing has vanished. In terms of purchasing activity nowadays there is virtually no disparity between the western and eastern parts of Germany any more. And data from the Centre for Retail Search shows us that online sales in Germany account for 8% of total retail sales.

Big online stores in Germany
Ecommerce in Germany seems all about two big players: American retailer Amazon and German-founded Otto. They own almost half of the online market, so it’s pretty clear that it’s quite hard for smaller merchants to make a difference.（From: Ecommerce News)